Top 10 Richest Temples In The World

Richest Temples In The World

India’s history and culture are evident all over the globe, and visitors traveling through various areas of our country are mesmerized by the sights of the religious events that have taken place here. India is home to a huge array of ancient monuments, forts, palaces, and temples that offer insight into India’s glorious history. These temples offer a vibrant glimpse into the past of the time in which they were founded. Among all, there are few temples believed to be the richest temples in the World. We mentioned some of these in this article. 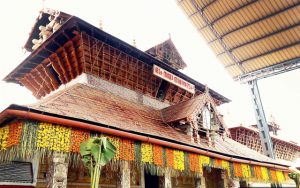 This is the temple from Kerala, which makes this list. This temple is called the Dwaraka of South India. This temple is dedicated to Lord Krishna, who is worshiped in the form of a boy. This temple is said to have some magnetic power derived from its location. Therefore, the temple is believed to have curing abilities. Strict dress codes are required to join the temple. More than 50,000 people visit the temple every day. The total asset of the temple is 2,500 Crores. 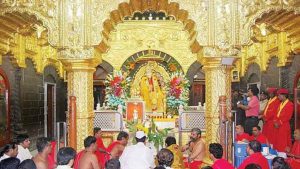 Dedicated to Sai Baba, a Hindu priest, this temple has an INR worth of 320 crores. This temple is famous among his disciples, who are all over the world. This temple is located in Shirdi, a village where Sai Baba lived most of his life, creating miracles, preaching, and helping people around him. The throne on which the god sits is constructed of 94 kg of gold, worth more than 10 crores. 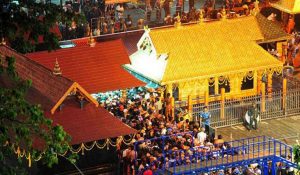 Again, God’s Own Country is making a list of the renowned temple of Lord Ayyappan. This temple is located on a tiny hill, 3000 feet above sea level. For anyone to be deemed capable of entering the central sanctuary within the temple, he/she will endure 41 days of ceremonies, including denial of all earthly enjoyment. Women of reproductive age are not allowed inside the main sanctuary of the temple. This temple has more than 50 million pilgrims every year. The offerings of God are one of the key sources of income for this temple. The net value of the temple is INR 245 Crores. 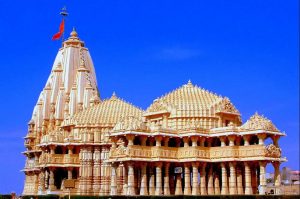 Dedicated to Lord Shiva, this is one of the temples of Jyotirlingam in India. The architecture of this Chalukya temple is a major attraction. The tomb of the temple is 150 meters high. Many masterpieces inside the temple have been robbed and destroyed by the invaders. What remains is still mind-blowing and enthralling. This temple is located on the west coast of Gujarat and attracts millions of tourists every year. The total worth of the temple is estimated to be more than INR 11 Crores. 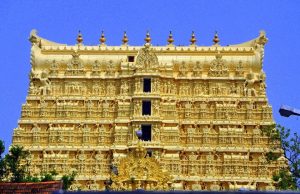 Located in Trivandrum of Kerala, this temple is devoted to Lord Vishnu. This temple is considered to be one of the world’s richest temples. The temple has over 1,000,000 crores of riches in the form of gold, precious stones, silver, sculptures, crowns, and much more. This treasure was discovered in one of the closed vaults of the temple, which had been kept close for several decades or even a century.

6. The Temple of Jagannath, Puri 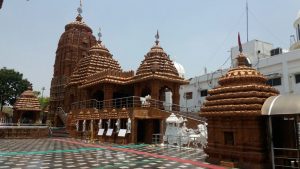 This is one of Lord Vishnu’s oldest temples in India. Located in Puri, Orissa, this temple is home to a large crowd of pilgrims every year, particularly during the Rath Yatra festival. This is the most prominent and wealthiest pilgrimage place in Orissa. The total value of the temple is expected to be more than INR 150 crores. The official net value of the temple has not yet been disclosed.

The deity is said to have been decorated with 209 kg of gold during important festivals. In addition, five underground chambers of this temple are still uncovered, and no one has any idea of the richness of the temple. 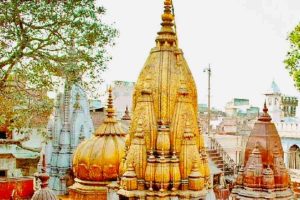 The primary god is known as Vishvanath or Vishveshvara, meaning Lord of the Universe. The town of Varanasi is also named Kashi. The Temple has been listed in the Hindu Scriptures for a very long time and as a core part of worship in the doctrine of Shaiva. 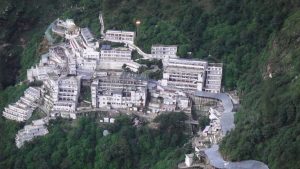 A unique piece of architecture is situated in Jammu and Kashmir, at an altitude of 5300 feet above sea level. It is one of the oldest temples of the land and is connected to the mythologies of Lord Shiva. Vaishno Devi Temple is one of the 51 locations where pieces of the body of Goddess Shakti fall as Lord Shiva took her dead body across the planet.

Visiting this temple is almost exhausting. It is very difficult to enter the temple, despite the altitude and the rugged route. Ponies, helicopters, and palanquins are at your disposal to reach the temple. Despite all these troubles, thousands of people visit this temple every year. The net value of the temple is about INR 500 crore. 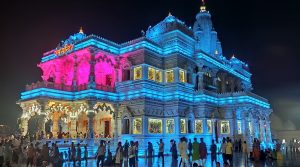 Prem Mandir, meaning love, is a divine temple and one of Vrindavan’s top tourist attractions. This holy complex is devoted to the beautifully built Sri Krishna and Sita Ram with white marbles showcasing the magnificent architectural beauty and also the past of Sanatana Dharma. You can spend a day visiting the majestic statue figures of Sri Krishna and his disciples in the main temple, in this 54-acre holy room. Surrounded by complex carvings around the temple showing a detailed inlay work, so far, this seductive divine structure in Uttar Pradesh, Prem Mandir is a must-visit during your Uttar Pradesh tour.

Recommended: Top 10 Attractions in Delhi You Don’t Want to Miss Out 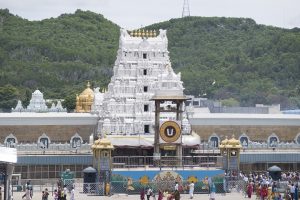 During the festival days, more than 5,000,000 pilgrims visit this site every day. As donations from pilgrims, every year the temple receives more than $120 million in cash, gold, and other offerings. Throughout fact, human hair, which is shaved as a sacrifice by the pilgrims, is cleansed and distributed. The overall valuation of the temple is 37,000 crores. This temple is dedicated to Lord Vishnu and is an important pilgrimage site, also known as the Seven Hills region of Chittoor. Every year, donations to the temple are converted into 3000 kg of gold bars for easy storage.

You can also find several temples in the world that talk volumes about the remarkable past of this land. In India, there are a vast number of popular temples that travelers may visit to appreciate their beauty. Many of such temples were founded a long time ago, and all of them are known to have their own mystery.

Paatal Lok: A Piece of Gem on Amazon Prime Video