The mega Rs 20 lakh crore stimulus package announced by PM Modi on Tuesday includes previously announced measures to save the lockdown-battered economy and focuses on small business tax breaks as well as domestic manufacturing incentives. The joint package accounts for nearly 10 % of GDP, making it one of the most significant in the world since the financial packages reported by the United States, which accounts for 13 % of GDP, and Japan, which accounts for over 21% of GDP.

Nonetheless, this week, after the fine printing of the ‘Atmanirbhar’ economic package was made public, the simmering optimism of the amount was also extinguished and it became apparent that it did not specifically plan to resolve the issues concerning the unprecedented crisis, but was rather a second-round budget of institutional changes to make India more self-reliant.

A majority of these are long-term responses to the rising woes of India in the five-day list of about 40 initiatives announced by finance minister Nirmala Sitharaman. The amendments to the Essential Commodities Act and the plan to create a Central Agricultural Marketing Policy along with the investment fund for Rs 1 lakh crore agriculture infrastructure is a major positive for the farming community. While it will take a long time to implement this, it is a step in the right direction to enable farmers to realize better prices.

The commercialization of the banking industry, the increase of FDI thresholds for the defense sector, the entrance of the private sector into the bank domain of the public sector are developments that would have a significant long-term effect on the productivity of India and help in resource utilization. The various positive measures highlighted above put a question mark over the timing of these announcements. May these have been revealed in or any time before the February 2020 budget?

The only government support here can be that most of these announcements – except for the commercialization of the mining sector that has been repackaged – were in the pipeline and had to be prepared due to this black swan event that required structural reforms. 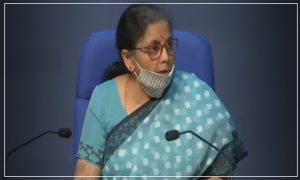 Are We Relying Too Much On Our Banking System?

Economic options require trade-offs and two such trade-off-decisions had to be made. It was about “saving lives and livelihoods,” and the second was the option of providing cash payments or bailouts to individuals and companies, or expanding credit lines across the finance system. The government has introduced a number of liquidity support initiatives from the MSME sector to the power sector, special liquidity scheme and partial credit guarantee scheme 2.0 for the NBFC industry, emergency working capital fund, and concessional credit aid for farmers and street vendors, among others, through Kisan Credit Cards. The total of this liquidity support adds up to around Rs 7.7 lakh crore, which is almost 36% of the economic package. If one adds the liquidity support measures from the RBI to the financial sector, this amount adds to almost three-fourths of the package amount.

The RBI’s moratorium support term (and an additional one year from the government to the MSMEs) and the government guarantee (partial and complete) can be regarded as a relief package, but despite that, the NPAs and the expected rise ahead would weigh on the financial sector lenders’ risk appetite. While the RBI has thus far ensured the banks and the NBFCs sector’s capital adequacy, an imminent possibility of public sector bank recapitalization cannot be fully ruled out.

What’s the immediate relief and what is the likely fiscal cost?

The immediate COVID-19 relief package provided was less against the measures announced under the Pradhan Mantri Garib Kalyan Yojana, in the current set of five announcements. If the direct and immediate relief under the PM Garib Kalyan Yojana was equivalent to Rs 1 lakh crore, the new package of announcements has a marginal sum of roughly Rs 65,000 crore, which is 0.5 percent of the overall number. Such relief fund initiatives are of the form of food relief, interest subsidy, job pledge investment, PF relief, and limited capital spending on the agriculture sector. 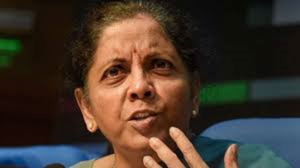 Studies will pose a number of fiscal deficits (as a percentage of GDP) ranging from 6.5 percent – 8 percent of GDP, but the reigns of handling this figure remain entirely with the government. The reason I say this is because steps of about Rs 60,000 crore do not specify the length of the spending and the economic effect on the nominal GDP of India will also take time to unfold. There are also two important points in that number’s assessment.

The widening of India’s fiscal deficit is more compared to the additional and immediate spending of around Rs 1.6 lakh crore, due to lower revenue growth. The second is that the expansion of the fiscal deficit will further increase India’s gross domestic liabilities as a percentage of GDP (66.1 percent as of FY19), resulting in a re-evaluation of the FRBM debt goal and a deliberate effort to minimize the same.

Which sector really missed out?

A number of sectors that were not mentioned in the various measures can be identified. The sector that really missed out, however, was the healthcare sector. Although there has been an allocation of Rs 15,000 crore for health, India ‘s spending on public health care is 3.6% of India’s GDP in 2016 compared to a slightly higher figure for developed countries and 5%-9% for main emerging countries. In the next budget for both the Center and the states, a long-term solution to increasing public sector spending will have to be on the cards.

A number of sectors that were not mentioned in the various measures can be identified. The sector that really missed out, however, was the healthcare sector. Although there has been an allocation of Rs 15,000 crore for health, India’s spending on public health care is 3.6% of India’s GDP in 2016 compared to a slightly higher figure for developed countries and 5%-9% for main emerging countries. In the next budget for both the Center and the states, a long-term solution to increasing public sector spending will have to be on the cards.

In all, the evaluation of these five Atmanirbhar economic kit tranches is analogous to the result of a five-day cricket test match where all three potential results are on the table. If we believe that such developments will have a long-term positive effect, we may call it a ‘win,’ negative provided that the immediate policy spending will be minimal, and a ‘draw,’ considering that the specifics of a range of change measures remain in the pipeline.