Some Exhilarating Places To Visit In Rajasthan

Incredible Places To Visit In Rajasthan

Rajasthan is one of the heavens in India. The rich culture of Rajasthan is something everyone craves to witness once in their life span. The incredible state is known for its rich culture and heritage with the Rajawadas (land of Kings and Rajputs), the deserts, Rivers, Mountain ranges, Caves, and Hills.

Rajasthan is one such state in India that is bestowed with scenic beauty and heritage. Also, Rajasthan is the home to many endangered species like the Chinkara, Blackbuck, Asiatic Wild Cat, etc. Rajasthan is also the land of some of the bravest kings India has ever witnessed.

Maharana Pratap of Mewar, Prithviraj Chauhan, and Raja Bhojhave ruled over this land and protected it from foreign invasion, especially from Mughals and other Muslim rulers, like AlauddinKhilji and Ibrahim Lodhi. There’s no doubt that the culture of this beautiful state attracts foreigners in heavy numbers.

In this blog, we have listed some of the best tourist places to visit in Rajasthan. So, without wasting any time, let us start with the list. 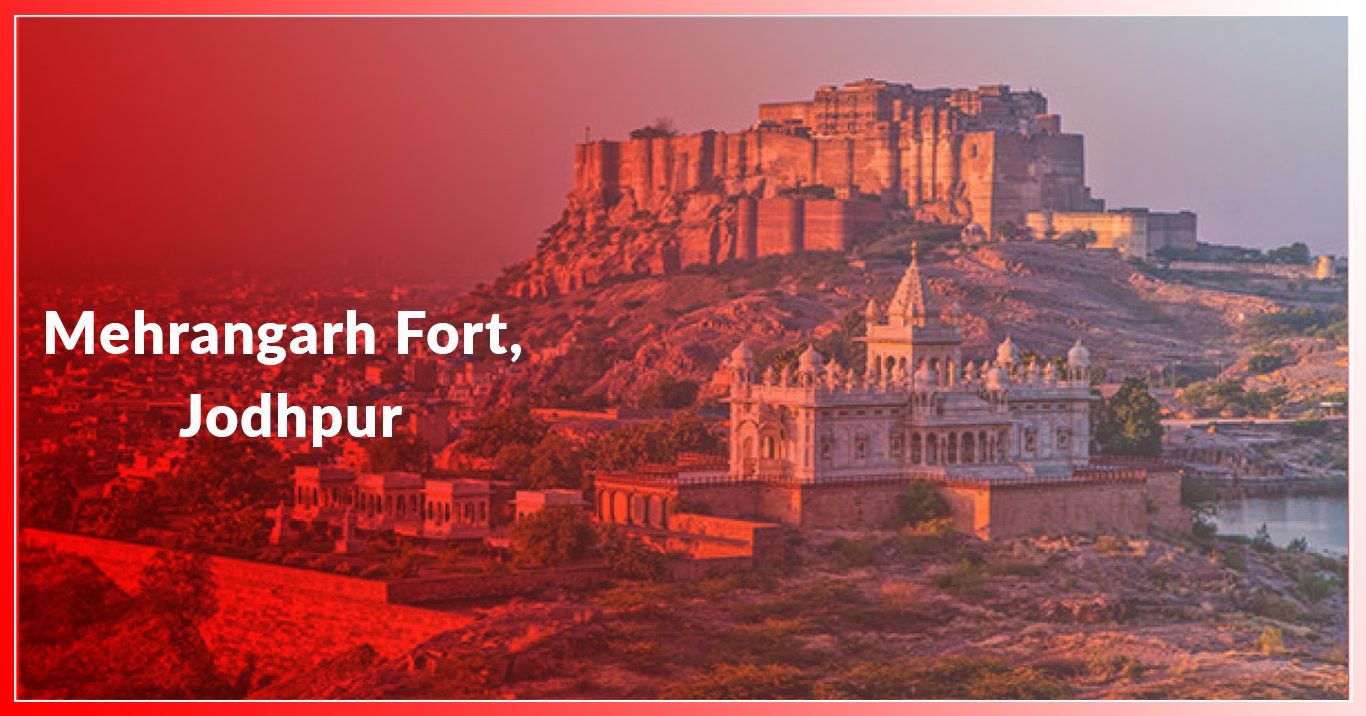 Forts and Palaces are the sign of bravery and the rich heritage of Rajasthan, and that is why we are starting the list with Mehrangarh Fort in Jodhpur. This colossal fort was built by Rathore King Rao Jodha, the founder of Jodhpur city. The fort has been one of the prime attractions of the state for the tourists, with so many other attractions associated like the Chamunda Devi Temple, Desert Rock Park, Daulat Khanam Mehrangarh Museum, ancient paintings & sculptures, etc.

Mount Abu is one of the premier hill stations in Rajasthan. The state is known for its warm deserts, but in Mount Abu, the state is blessed with a beautiful hill station. Mount Abu, a part of the Aravalli mountain ranges, is located in the Sirohi district of Rajasthan. This hill station offers immersive, breathtaking natural views and man-made architectures. One of the most attractive things about this hill-station is the divine view of Sunrise and Sunset that could be witnessed from two distinct points on the mount.

At Thar, you can experience Camel safari and have a glimpse of the gigantic forts of Mihir Garh, Junagarh, and Killa Bhawan in the city of Bikaner and Jaisal, along with some incredibly green and lush oasis between the desert. 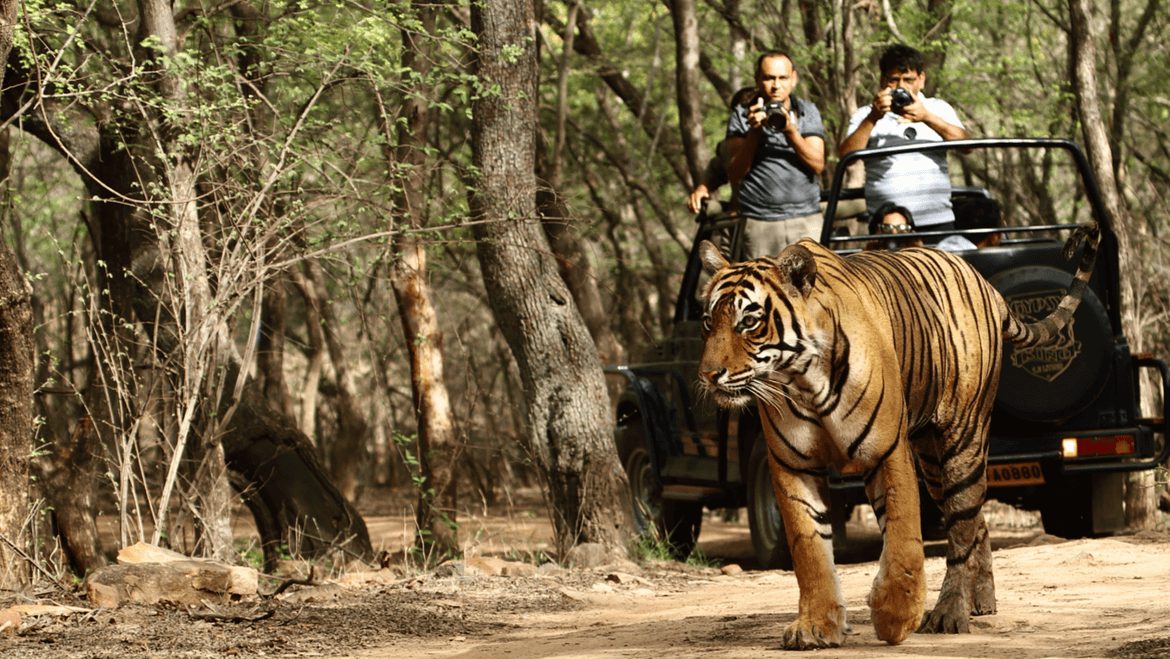 Ranthambore National Park is located near Sawai Madhopur in Rajasthan. It is one of the largest national parks in the country. Formerly, it used to be a hunting ground for Kings, and later, the park got transformed into a national park for Wildlife Safari. Ranthambore is famous for its Tigers, as Project Tiger has been active here for the conservation.

From scenic beauty, let us move to a dutiful pilgrimage. Ajmer Sharif Dargah in Ajmer is a sight to behold for all the devotees from around the world. Ajmer Sharif is the shrine of Sufi saint Moinuddin Chisti and a pious land for Muslims. It is believed that whoever comes here with a pure heart, all his/her wishes comes true.

Udaipur is popularly known as the White City and the Lake City of Rajasthan. It is located near the lush green Aravalli mountains and is a hub of several natural and artificial lakes.

Udaipur was once the capital of the Mewar Kingdom, founded by Maharana Udai Singh II. The Udaipur City Palace, also known as ‘Venice of East,’ is a sight to behold. The palace that towers over Lake Pichola, built in a manner that the entire city can be witnessed from the balconies. 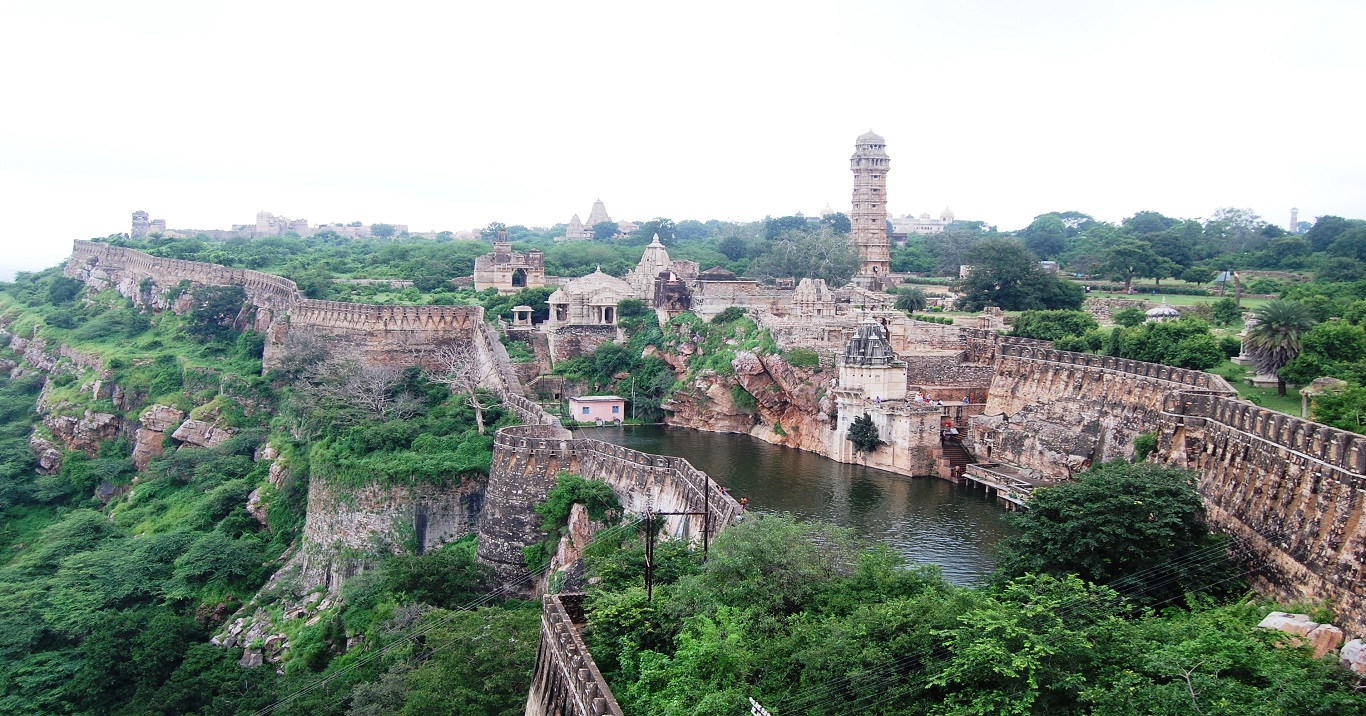 Chittorgarh is a city located 112km from Udaipur, and it is known for the highly impressive Chittorgarh Fort. The fort was built in the seventh century and guarded by seven gates. This gigantic fort is almost impossible to see all in a day as many different spots have to be seen to complete the trip.

The fort’s journey starts with Victory Tower, built in the 15th century and illuminated each night. A visit to Rana Kumbha’s Palace, the oldest part of the fort, and the Meera Temple is a must to complete the trip.

Jaipur, the capital city of Rajasthan, is 260 km away from New Delhi. Being the capital of the state, Jaipur is one of the busiest cities in Rajasthan. Hawa Mahal, Jaigarh Fort, Nahargarh Fort, and the Amber Fort are among the most captivating and alluring attractions. Jaipur also forms one corner of the Golden Triangle, and it makes a great gateway into the lesser-known destinations within Rajasthan. Jaipur is also a home to many holy temples and a major Bazar that comes into the limelight every night once the sunsets.

Rajasthan is one such state in India that is blessed with almost everything a tourist wants. Lavish greenery, mesmerizing lakes, sandy deserts, holy pilgrimages, outrageous forts & palaces, wildlife, impromptu hills, etc. Rajasthan has everything covered for tourists. This post talks about the fabulous places to visit in Rajasthan. If you haven’t yet planned a trip to Rajasthan, mark my words, you are definitely missing a soothing experience.

IPL 2021: List Of Players To Miss The Opening Phase Of The Competition