The Journey Of Rishi Kapoor In Bollywood

Rishi Kapoor was a legendary Indian actor, trainer, producer, and star-maker. His excellent acting career is showing us his success in the film industry. Rishi Kapoor was one of those actors who had seen the transformation of Indian Films from black and white cinema to colored, working brilliantly on both.

It’s hard to believe Rishi Kapoor isn’t with us anymore. The man who had been as lively and sprightly as life itself could not be silenced by nature! We loved him for his acting as well as for his fascinating one-liners, an unparalleled sense of fashion, and unparalleled love of food.

Veteran actor Rishi Kapoor, one of Indian cinema’s loveliest gems, is well known for his screen flair. At the age of 67, Rishi Kapoor died at a hospital in Mumbai. He battled a lengthy cancer battle. The actor who has given the industry more than 50 years of his life is genuinely majestic and sings a glorious story of his own. Raised on 4 September 1952, Mr. Kapoor has a big following worldwide.

He comes from the ‘Kapoor’ generation, which is unmatchable in the industry with its history of more than 100 years. Rishi Kapoor was Prithviraj Kapoor’s nephew, founder of Indian theatre and Hindi film, and son of Raj Kapoor, a veteran actor, and Krishna Kapoor. The Kapoor lineage has produced many superstars from Bollywood and among them is Rishi Kapoor. 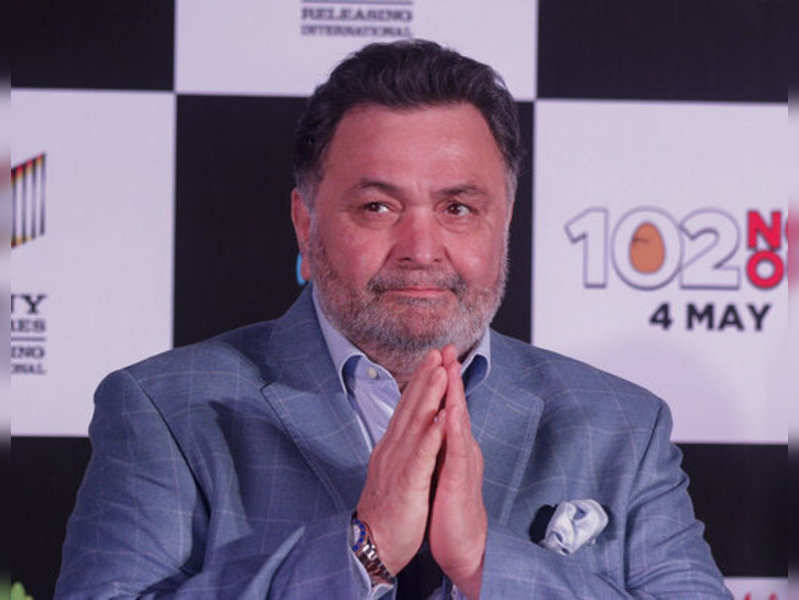 Unless one had to figure out where Rishi was, when he was not shooting, and spending time with his buddies, the most possible location was a restaurant. When he visited a town, he toured the local eating places and never missed trying the local fare.

In the Journey of Rishi Kapoor, Coming from a family of foodies, also on film sets, his life revolves around food. While he generally enjoyed a nutritious meal, he was often overwhelmed by the scent of parathas, being the real Punjabi he was. As some media reports say, Rishi saw crew members dipping into hot parathas during the Housefull 2 shoot right before a breakfast scene was about to be filmed.

He was unable to manage his tentation and polished a plateful of them, so when director Sajid Nadiadwala began the shoot requiring several retakes, Rishi found it impossible to get another morsel and the shoot had to be postponed!

Even the statement issued by his family post his passing says he kept the hospital medical staff amused until the last and his attention remained on family, friends, movies, and food. George Bernard Shaw wrote, “There is no love more genuine than the love of food,” and Rishi Kapoor has no better proven it. 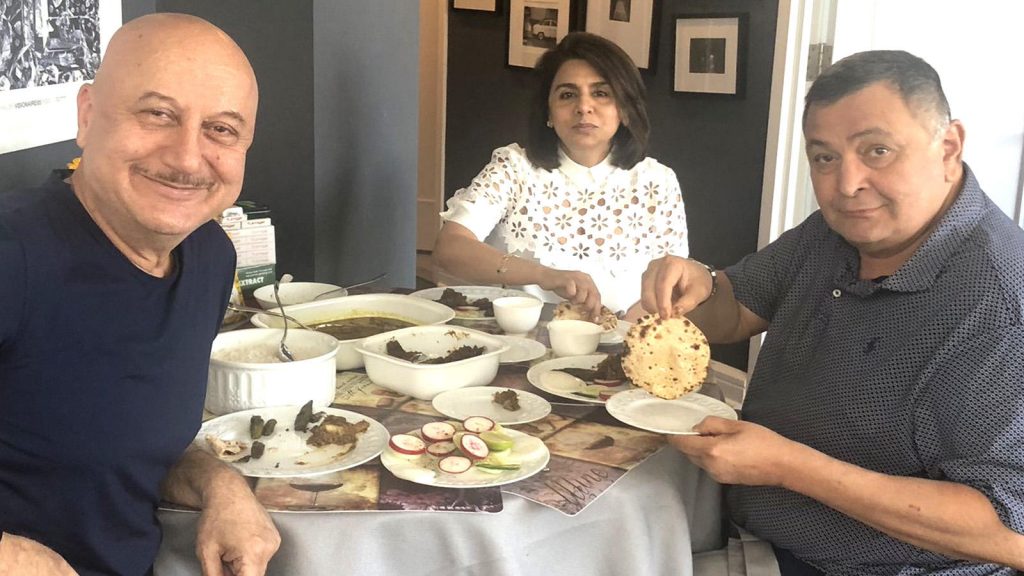 Beginning of New Phase of Life

Bollywood journey of Rishi Kapoor was started when he was just a kid and was seen from the movie ‘Shree 420’ in the 1955 hit, ‘Pyaar Hua Ikraar Hua.’ His debut as a child artist came in 1970 with the famous film Mera Naam Joker by his father, Raj Kapoor, which was very well received and also accepted several prestigious awards in his set.

Rishi Kapoor co-starred in the movie with actress Dimple Kapadia and the iconic scene in which Rishi meets Dimple in her house was influenced by Raj Kapoor’s real-life encounter with Nargis. The successful performance even bagged the director with a Filmfare nomination, marking it as a perfect start for the actor.

After 5 years of togetherness, the gorgeous and suave actor married stunning actress and 15-time co-star, Neetu Kapoor. Rishi is known in reel and real life as the true ‘Prince of Romance’ as Neetu and Rishi make a lovely couple and their love story has always remained the love-story talk. The pair is blessed with two children, Ranbir Kapoor, and Riddhima Kapoor Sahni. Ranbir is now established as a popular actor among the two brothers and has never let his parents down.

In another memorable incident from the couple’s film, Amar Akbar Anthony of 1977 which is one of the best movie of Rishi Kapoor, Rishi named Neetu by her real-life name instead of the reel one and it’s still in the picture since the editors skipped it. Though a break came in his path to success when the movie ‘Karz’ bombed in the box office, which was expected to be a major hit and debuted as one of the biggest flops leading to the actor becoming disappointed. Rishi even tried to keep another feather in his hat during his wonderful ride when he made his 1999 directorial debut with the movie ‘Aa Ab Laut Chalen’ starring Aishwarya Rai and Akshaye Khanna.

He published his biography called Khullam Khulla: Uncensored in January 2017, which unveiled some real and fascinating stories and incidents surrounding the life of Rishi Kapoor. Rishi Kapoor, now known for speaking his mind back then and now on Twitter, was not in his favor at the outset until he was encouraged by Anushka Sharma and Abhishek Bachchan to join the micro-blogging platform.

Rishi Kapoor has given a lot to the Bollywood industry and will have a fixed place in our hearts.

Suggested- Best 7 Ways To Maintain Life Under Quarantine During Lockdown

There is a long list of Rishi Kapoor’s awards which he won as his lifetime achievements which include: 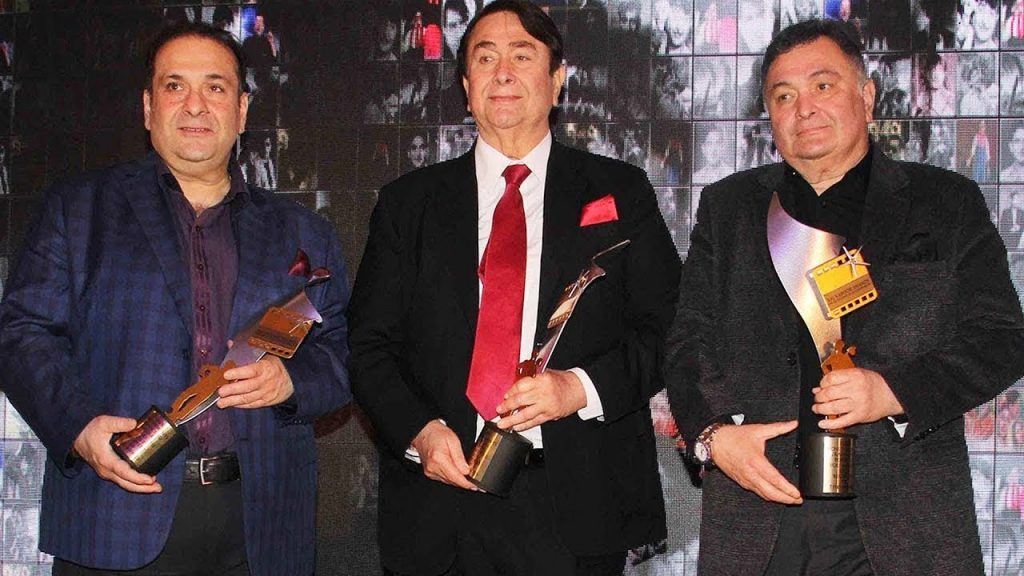 In the full journey of Rishi Kapoor has many ups and downs, even while he cherished all the good aspects of life, and enjoyed them to the fullest, he made the best of it and chuckled at what irked. He showed us how to live life, to the fullest, without remorse, to cheer on everything it gives, to the very end.

Best 7 Ways To Maintain Life Under Quarantine During Lockdown