8 Longest Rivers In The World

Nature’s beauty comprises many great things. Whatever we see around ecstatically helps us to explore mother nature more closely without any vividness. One of the most beautiful and prominent things of nature is rivers, and today we will be discussing the longest rivers in the world.

Many of us know that the Nile River is the longest in the world. But what about the others who make the top eight list? Here, we have curated a list of the eight longest rivers in the world based on various research and studies. So, without any further ado, let us start with the list. 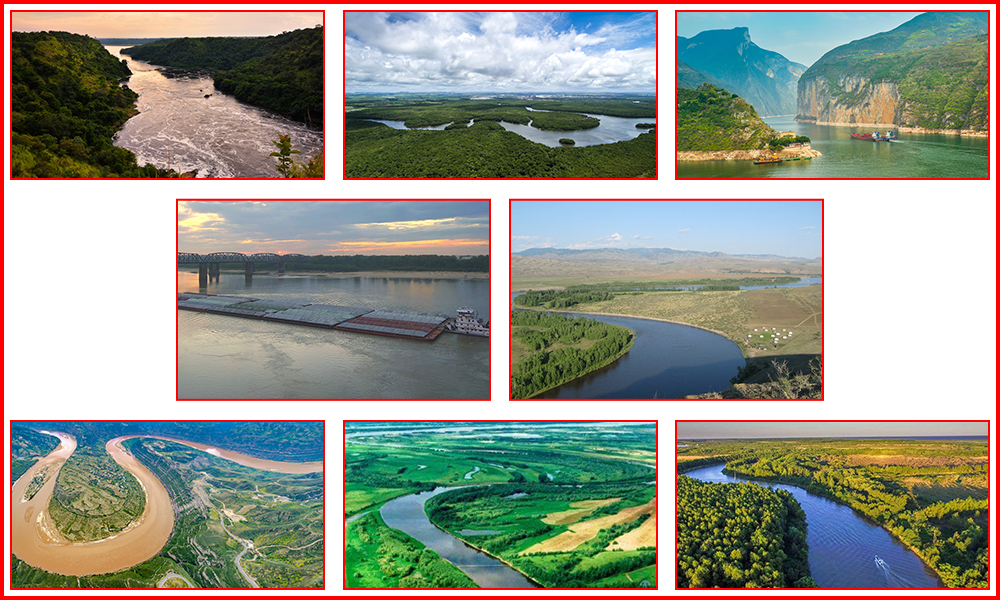 Taking the numero-uno spot on the list is the Nile River. It is one of the major rivers of North-East Africa. There have been many disagreements between scientists that which river is the longest between Amazon and Nile. But it has been figured out that the Nile River is the longest. It is spread across 4160 miles i.e., 6695 km.

The River has a drainage basin that extends to almost 11 countries starting from Tanzania to Eritrea, to prove water as a core resource to countries like Sudan and Egypt.

The second river on the list is the Amazon River. The River lengths around 6400 Km and is also one of the widest in the world. It originates from South America and ends in the Atlantic ocean. The river 8 trillion of water every day, making it one of the most powerful rivers. Also, it is the only river with the largest amount of water flowing through it at any moment in time.

Yangtze River, also called Chang Jiang, originates from the glaciers of the Qinghai-Tibet Plateau in Qinghai. It remains the longest water body in China and is home to approx one-third population of the country. It may be the third-longest river in the world but the longest to flow entirely within one country.

Yangtze river discharges over 30,000 cubic meters a second making it the sixth-largest in the world by the volume of water discharged. There’s an interesting fact behind the name of this river. It translated to the “child of the ocean.”

Mississippi River is the chief source of the bulkiest river system in North America. The river covers around 6275 Km and flows entirely in the United States, with the drainage basins also reaching Canada. The Mississippi and Missouri Rivers combined to form the longest river system in the USA and North America. The widest point of the river is over 11 kilometres in width.

The deepest spot of the river is in New Orleans near Algiers Point that is almost 61 meters. The entire river gets distributed into three sections- the Upper Mississippi, Lower Mississippi, and the Middle Mississippi.

Yenisei River rises in Mongolia then makes its way to Russia, and finally drains into the Kara Sea. Yenisei is considered the largest part of the Siberian Rivers that flows into the Arctic Ocean, making it one of the longest rivers in the world.

The river tributaries include the Angara River, the Lower Tunguska, and the Tunguska River, and it flows through the city of Krasnoyarsk. Despite being short than the Mississippi-Missouri River, the Yenisey river has 1.5 times more flow than its former.

Yellow River is another river from Asia which is the third-longest on the continent. It is also known as Huang He and has been listed as the second-longest river in China after Yangtze. The Yellow River originates from the Bayankala Mountains in Qinghai province in western China and flows through the nine provinces of China before draining into the Bohai Sea, near Dongying city in Shandong province.

Due to extreme pollution, the Chinese government has stated that the river’s water is so polluted and full of waste that people can’t drink it. Also, at least 30% of fish species have become entirely extinct.

The next name on the list is the OB river which is formed from the junction of the Biya and Katun Rivers and later joined by the Tom river in the western lowlands of Siberia. There’s one great thing about this river that it splits into more than one arm after joining hands with the large Irtysh tributary. OB river remains one of the most important rivers in Western Siberia, Russia, and it is also the junction of the Katun and Biya rivers.

Parana River flows from South America, covering three countries- Brazil, Paraguay, and Argentina. It is the second-largest river in South America and the eighth longest in the world. After taking a course of 3032 miles (4880 Km), it joins the Uruguay River and forms the extensive Río de la Plata estuary of the Atlantic Ocean.

The drainage basin of the Parana River is one of the largest covering an area of almost 1,081,000 square miles. The drainage area includes some regions of Paraguay, Southeastern Brazil, Southeastern Bolivia, and Northern Argentina.

Time to wrap up: That concludes our list of the eight longest rivers in the world. We all have heard about the Nile River is the longest, but the other names on the list might have fascinated you. Which particular name or names you were not expecting to make it to the list? Drop your answers in the comment section because we will be waiting.